Aizanoi Ancient City is located in Çavdarhisar district of Kütahya, 40 minutes from Kütahya, 30 minutes from Zafer airport, 4 hours from Ankara, Istanbul, and İzmir. During the excavations, it was determined that people lived in 2500 - 2800 BC. However, the date of transition of the city to Roman rule is 153 BC. The brightest period of the city is the 2nd and 3rd centuries AD. Its population was between 100,000-120,000 in the 2nd and 3rd centuries AD. 10% of the ancient city of Aizanoi is on the ground and can be visited.

The Temple of Zeus, which was built on a hill and considered as the city's important religious building, is one of the best-preserved Zeus Temples in the world. The Temple of Zeus is the only example in a pseudodipteros plan since the top of the space surrounded by columns is covered with marble beams. In the north of the city, the construction of the Stadium with a capacity of 13,500 people and the Theater with a capacity of 15,000 people as a complex is not seen anywhere other than Aizanoi in ancient times. Aizanoi Macellum, dated to the second half of the 2nd century AD, is one of the world's first stock exchanges. There are inscriptions on the walls of Macellum, which include the prices of goods sold in the imperial markets, determined by Emperor Diocletian in 301 AD to combat inflation, and have been preserved in very good condition to this day.

It was started to be built in the 1st century AD during the reign of Emperor Domitianus and was completed in the 2nd century AD in the period of Emperor Hadrianus. The best-preserved temple in Anatolia is the most intact of the temples built in the name of Zeus in the world. One of the most striking features of the temple is its columns, each of which is 9.30 meter tall and monolithic. The lower part of the temple is architecturally unique in the world. The lower section, built with the locking vaulting method, has survived to the present day as it was in the original. The warehouse, where gifts and altars offered to the gods are kept, was used as the prophecy room of the temple and the cult place of Cybele, the goddess of soil and fertility of Anatolia. The temple, which has survived for 1850 years, has traces of the people living in the region since the day it was built. 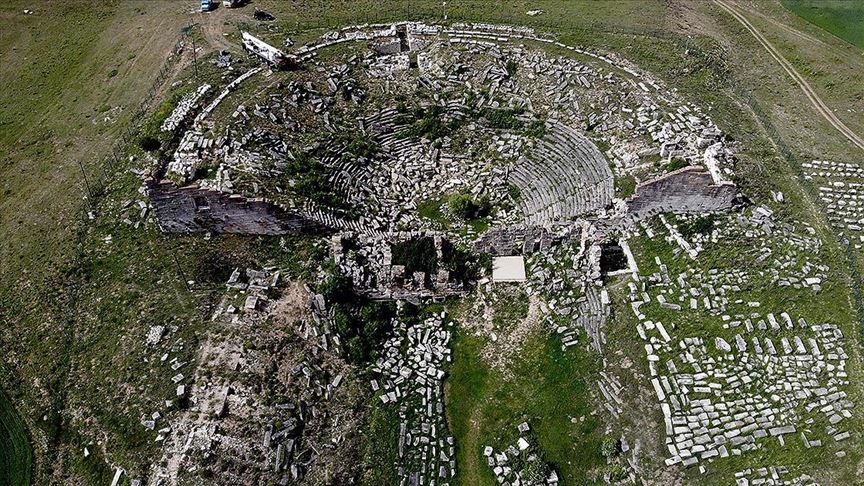 The stadium theater complex in the ancient city of Aizanoi is unique in the world. In the complex, which was built in the 2nd and 3rd centuries AD, the stadium with a capacity of 13500 people and the theater with a capacity of 15000 people are connected to each other by 2 main gates. It is the first and only combination that is unique in the world.

The stadium, 200 meters long and 50 meters wide was built by placing tribunes on the slopes carved into a hill. City Olympics are held every four years in ancient times. Athletes who are champions in the city Olympics are sent to Athens to represent the city. Since the Aizanoi Olympics are held here, we call it a stadium. There is a bench of honor just east of the stadium entrance gate. The names of the champions are written here. When we look at the original structure, we see an arena structure. At that time, 3 kinds of sports are done in the arenas.

The Theater Department is a classical Greek theater with a capacity of 15000 people. Entrances to the theater are provided through 3 main gates. The wall separating the theater and the stadium is 30 meters high and has 3 floors. However, as a result of earthquakes, only 10 meters of the 30-meter wall managed to survive. The most striking feature of the theater, which has a strong acoustic system, is the presence of wide-ranging decorations. 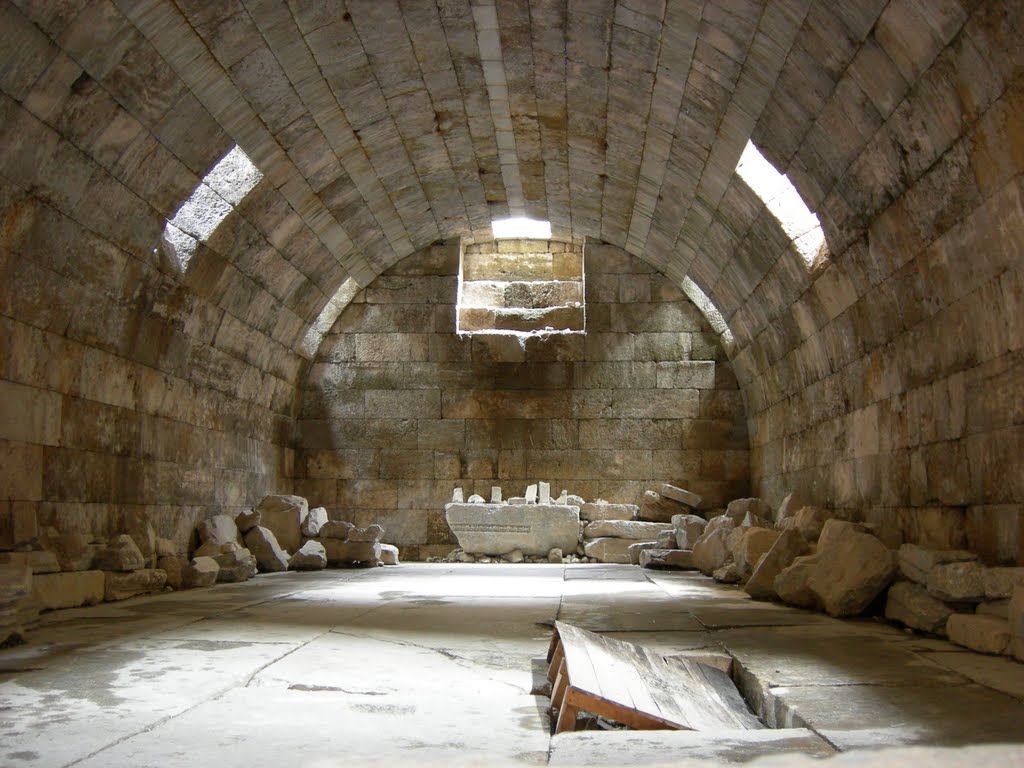 In 1970, an earthquake occurred in this area and a mosque was demolished in Çavdarhisar district. The stock exchange structure was exposed during the excavations in 1971. The original of the building is the marketplace where fresh meat and fish are sold in the Roman period. It was used as a meat and fish market until 301. However, in 301, the Roman emperor Dioclatianus began to struggle with inflation. The method of struggle is simple but precise. Emperor Dioclatianus sets maximum prices for all products sold in the imperial market and forbids selling products at higher prices than these. The emperor issues a decree of prices and sends this decree to the city-states of the Roman empire. When the price decree comes to Aizanoi, it is announced by writing on the macellum walls. As of 301, the building is called a stock exchange. It is the world's first known stock market structure. Let us give a few examples of the prices of Emperor Dioclatianus; A healthy strong male slave aged 16-40 30,000 dinars Donkey 15000 dinars At 90000 dinars Male lion 125000 dinars

Would you like us to tailor you a private itinerary, including Aizanoi Ancient City? Benefit from our expertise. We offer tailor-made tours to Turkey for all interests and desires, from romantic honeymoons and scenic self-drive road trips to photo tours with experienced photographers and cultural tours in major destinations. We arrange everything for your Turkey Tours, including hotel bookings, airport transfers, guided tours, and top-notch experiences. We want you to have a great time in Turkey and make sure your trip is a memorable one as we have escorted so many tours in Turkey personally. Imagine dealing with only one person for all your travel details, receiving customized itineraries and recommendations which will suit exactly your travel interests. Contact Turkey Tour Organizer to get a personalized day by day itinerary for your trip to Turkey.