Sumela is not an enormous complex built in a single period. The method applied in the construction of many monasteries was also applied in Sumela, and in time, new parts were built and attached to the monastery complex as needed. For this reason, from the day it was founded until 1923, when it was abandoned, the construction and construction work in Sumela followed a course over a period of approximately one thousand six hundred years. The frescoes that decorate the monastery complex and its interior were made in different periods; It is clearly seen in architecture, painting style, stonework, and settlement styles. In the first years of its establishment, the enormous façade, which qualifies as a medieval castle that adorns postcards today, did not have a monastery section. The monks' cells built in the cavities on the rock surface formed the monastery complex. 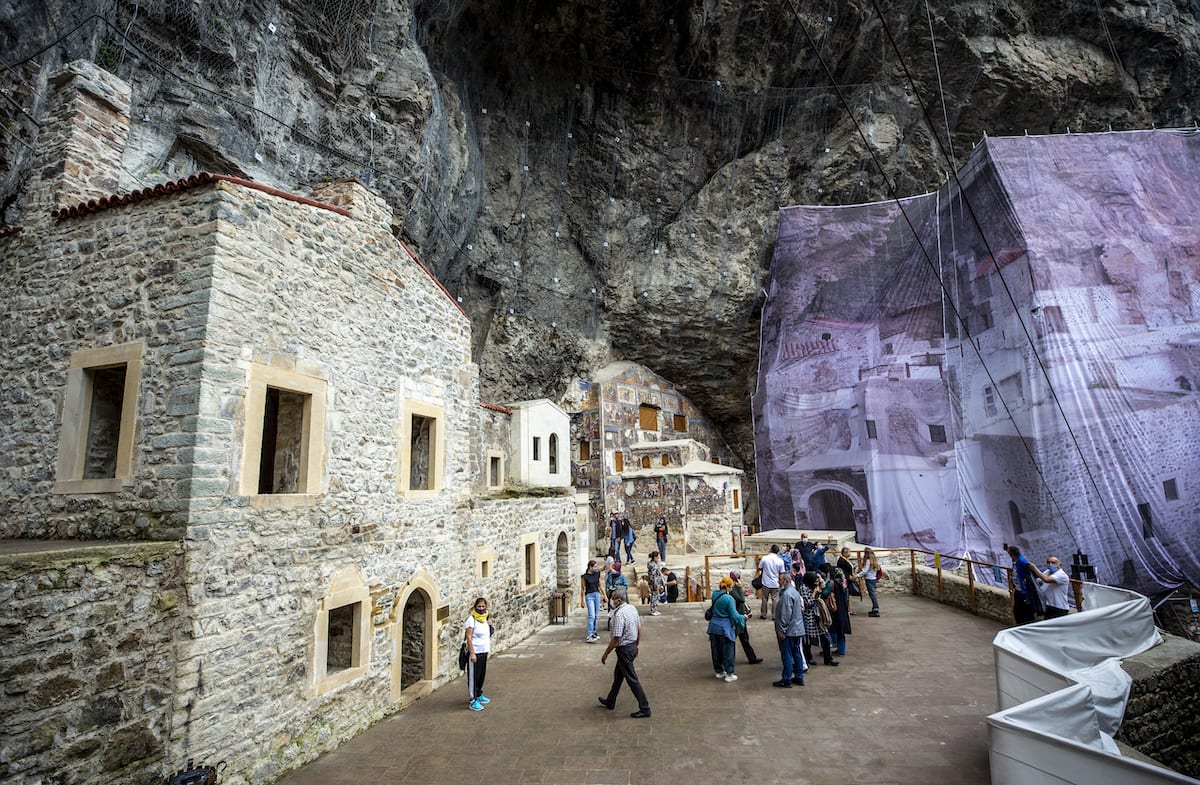 The section on the north side of the cave temple is the first settlement area of the Monastery. It is also evident with its architecture and fresco features that this is the first part to be built. The faces of the Virgin Mary and Jesus frescoes on the ceiling of the cave temple are shown with all their subtleties on a single plane, up to the ends of the eyelashes. Especially in the frescoes on the Cave temple's ceiling, there is no depth, floor covering, perspective-dependent expression feature, shading, and light connection that will be seen in the paintings in later ages. These frescoes drawn frontally indicate a much earlier period.

The section to the north of the cave temple, described above, was built intertwined with the monks' cells, chapels, and bell tower with intricate interconnections like labyrinths. This part, which has three and four floors in places, was built in cells superimposed on the rock surface, which has a slope of approximately seventy and 90 degrees in places. The walls of the cells, the largest of which is about three meters wide and four meters long, have been placed on the cells' walls, as in the other front sections, with books, candles, and shelves used for different purposes. A fireplace to provide warming against the cold that makes life impossible in these cells in winter. On almost every floor of cell houses, there are chapels with east-facing apse large enough for two people to fit in at the same time. Almost all of the five chapels in this section are decorated with frescoes, and the predominant scenes are "Mary Platytera," "Metamorphosis," "Anastasis" and "Anelipsis" in the chapel domes. The style and painting style of the frescoes in the chapels are similar to the style of the third-floor frescoes in the cave temple, except for the chapel next to the bell tower, which is wider than the others. To fit the necessary scenes in a narrow space, the paintings were sometimes reduced to the size of "A4" paper.

The chapel at the top and north end, next to the bell tower, is larger than the others, and the frescoes inside are pale, bearing traces of style and painting of an earlier period than the others. The construction style and painting style of the frescoes on the walls of this chapel are similar to those of the Girls' Monastery in Trabzon. The deer figure depicted on the outside of the chapel next to the bell tower and possibly the symbol of immortality in early Orthodox Christian art is still visible from the Monastery's main courtyard. The halo portrait, depicted on the upper part of the figure's head, is barely visible and must be St. Eustathios. Although a similar scene is located at the top of the cave temple's south entrance door, the part where Saint Eustathios pictured here on a horse has been destroyed. Still, the text "Eustathios" is partially readable. David Winfield; notes that the image of a deer outside the chapel next to the bell tower is also found in the Cappadocia Geyikli (Deer) Church.

When looked at carefully, predators chasing deer running with their young are also depicted, but predatory animals are not very meaningful because they are not very clear. This fresco-like deer figure, which is depicted running with a dog looking behind, is also depicted on the rock surface on the road to the Hidden Chapel located outside the Monastery complex, which can be reached by passing through the lower part of the chapel located at the far end of the bell tower. Still, this scene can not be seen from the courtyard. 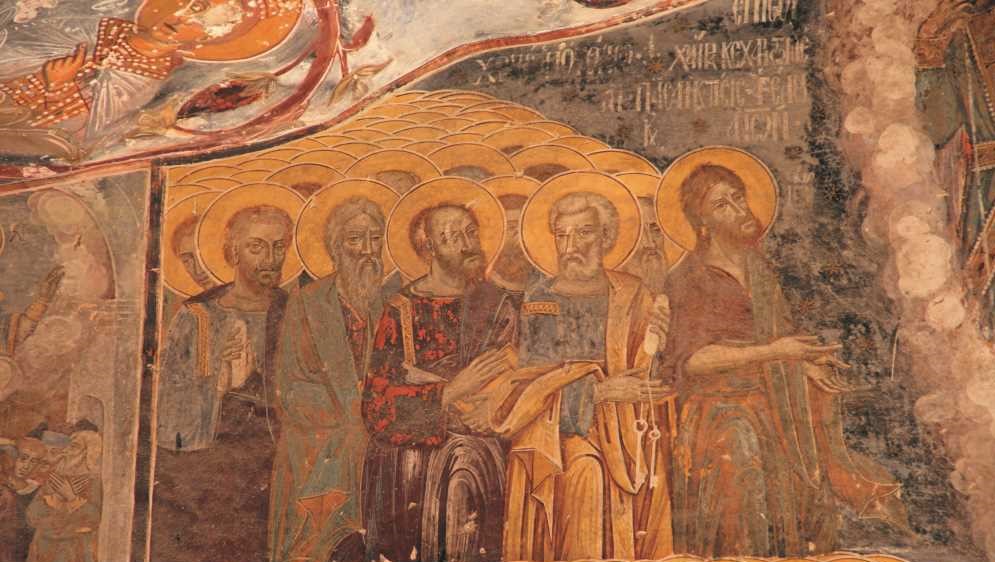 After the monastery complex, the second area, covered with trees suitable for walking on the rock block, is located near the summit. In recent years, large rock fragments and landslides destroyed the pine trees in this region. Today, at the peak of this naked area, which can be easily seen from Ayvarvara from the side of the St. Barbara chapel, there is an old chapel ruin and a spring similar to the St. Pier Church in Hatay. The water source was just below the wall of the cave, coming out of the ground. It did not decrease when the water was drawn from the water, it did not overflow when the water was poured into it, and the inside of the chapel was decorated with frescoes similar to the chapel next to the bell tower. For years, this area, which is considered sacred by the people living in the region, whether Muslim or Christian, has been a remedy for illnesses and troubles, and a wish has been made by tying the cloth pieces to the branches of the trees here or throwing money into the lake.

Would you like us to tailor you a private itinerary including Sumela Monastery? Benefit from our expertise. We offer tailor-made tours to Turkey for all interests and desires, from romantic honeymoons and scenic self-drive road trips to photo tours with experienced photographers and cultural tours in major destinations. We arrange everything for your Turkey Tours, including hotel bookings, airport transfers, guided tours, and top-notch experiences. We want you to have a great time in Turkey and make sure your trip is a memorable one as we have escorted so many tours in Turkey personally. Imagine dealing with only one person for all your travel details, receiving customized itineraries and recommendations which will suit exactly your travel interests. Contact Turkey Tour Organizer to get a personalized day by day itinerary for your trip to Turkey.