Topkapı Palace was built in 1460 after Fatih Sultan Mehmet conquered Istanbul and was completed in 1478. The palace was built between the Bosphorus and the Golden Horn, on an area of 700,000 square meters on the Eastern Roman campus in Sarayburnu at the Istanbul peninsula's tip. Four hundred years of the empire until Sultan Abdulmecid, Topkapı Palace, an education, administration, and art center, has maintained its importance since the day it was built.

Topkapı Palace, which was started to be used as a museum on April 3, 1924, after the Republic's proclamation and became the first museum of the Republic, has an area of 400,000 square meters. Topkapı Palace, with its collections, architectural structures, and approximately 300,000 archive documents, is one of the largest palace museums in the world. Palace, which has many different works under its roof, attracts both local and foreign visitors every year.

Surrounded by gardens and squares, the palace has four courtyards that pass through each other. The first courtyard, which people can enter for application, is the palace's first entrance door. Apart from this area, which was used as ammunition, there were service buildings such as the mint, hospital, bakery, and Hagia Eirene Church. The second courtyard of the palace is the section where the government buildings are located. In the second courtyard, which has witnessed many official ceremonies throughout history, there is the Divan-ı Hümayun where the divan meetings were held and the Divan-ı Hümayun Treasury of the treasury. At the back of the Divan, the building is the Justice Tower, which symbolizes the sultan's justice. On the side of Kubbealtı, there is the entrance to the Harem Office and the Zülüflü Baltacılar ward.

Enderun (inner palace section), areas belonging to the sultan, and the palace school built during the reign of Murad II are located within the third courtyard's borders. Supply Room, Enderun Treasure, Fatih Mansion, Has Room, and palace school wards are lined up around the third courtyard. After the third courtyard, you pass to the fourth courtyard, where the hanging gardens and the sultan's mansions are located. The most important works of classical mansion architecture belonging to the Ottoman culture, Baghdad and Revan Pavilions, and the Circumcision Room are also in this area. Sofa Mosque, Kara Mustafa Pasha Mansion, Chief Physician Tower, Esvab Room, and Mecidiye Mansion are also located in the fourth courtyard.

Located in Sarayburnu, Istanbul, Topkapi Palace has had a significant place in the 600-year history of the Ottoman Empire for 400 years. The Topkapı Palace, which was especially attracted by foreign tourists, was included in the World Heritage List by UNESCO in 1985. 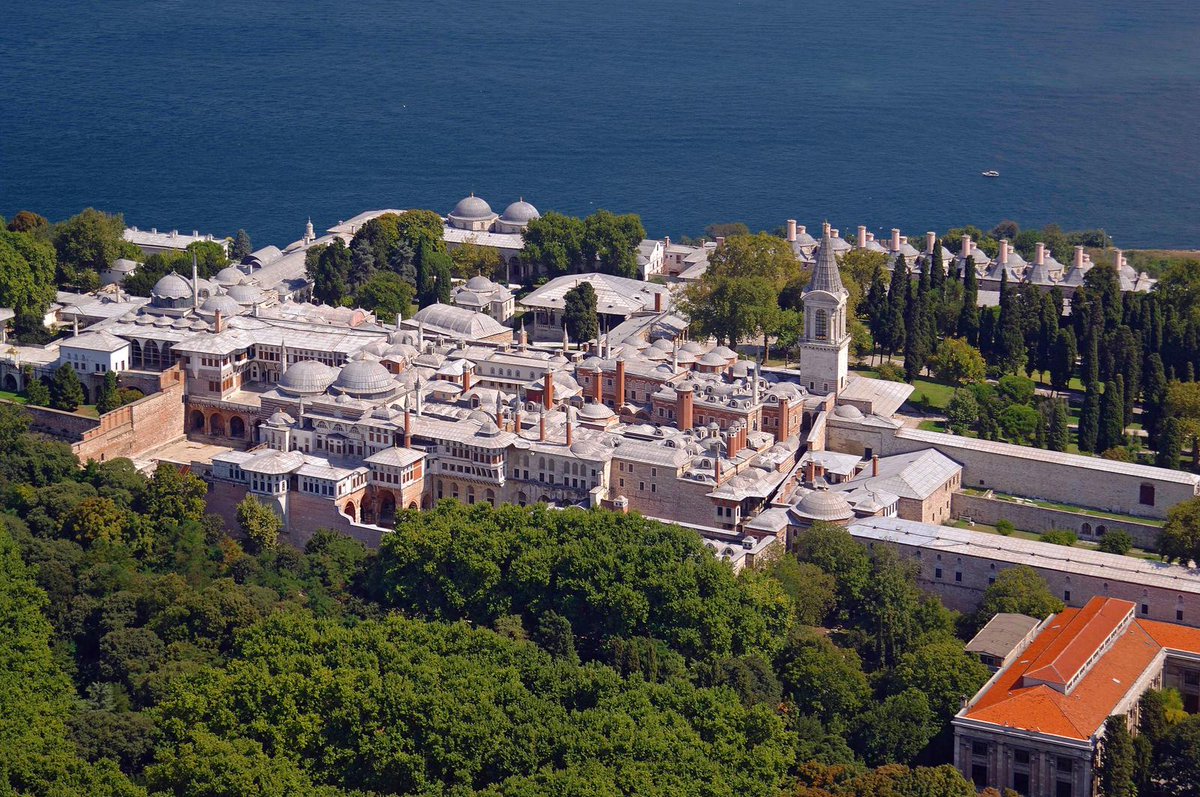 ✓The kitchen, harem, and supply room of the palace, which was severely damaged due to a fire in 1574, were restored by Mimar Sinan by II Selim.

✓Every day, enough food was cooked in the palace to feed thousands of people. Besides, the mother, wife, and children of the sultan lived in this palace.

Would you like us to tailor you a private itinerary, including Topkapi Palace? Benefit from our expertise. We offer tailor-made tours to Turkey for all interests and desires, from romantic honeymoons and scenic self-drive road trips to photo tours with experienced photographers and cultural tours in major destinations. We arrange everything for your Turkey Tours, including hotel bookings, airport transfers, guided tours, and top-notch experiences. We want you to have a great time in Turkey and make sure your trip is a memorable one as we have escorted so many tours in Turkey personally. Imagine dealing with only one person for all your travel details, receiving customized itineraries and recommendations which will suit exactly your travel interests. Contact Turkey Tour Organizer to get a personalized day by day itinerary for your trip to Turkey