Having hosted many civilizations for centuries and witnessed many wars, Ani was once an important regional center. 40 churches, chapels, and mausoleums have been identified in Ani, also known as "1001 Church City".

48 kilometers away from Kars, Turkey-Armenia border on the edge of the city near the river Arpacay, during the Armenian Bagratuni dynasty was a major center of power and culture. An effort is being made to ensure that Ani Ruins, which are on the UNESCO World Heritage Temporary List, can now be included in the permanent list. The city, which has witnessed countless earthquakes and wars, has been uplifted with excavation and restoration works since 2011.

Inside the walls surrounding Ani, it is possible to see many ruins in the historical city, from the Bagratuni Armenians to the Byzantines, from the Seljuks to the Georgians and the Ottomans. The walls surrounding Ani and built for defense by the Bagratuni dynasty witnessed bloody clashes first between Bagratuni and Byzantium, then between Byzantium and the Seljuk. Ani, which has hosted many civilizations throughout history, carries examples of Georgian and Seljuk architecture and outstanding examples of Armenian architecture. The fact that it was founded on the Silk Road made Ani one of the richest cities of its period and increased its importance. 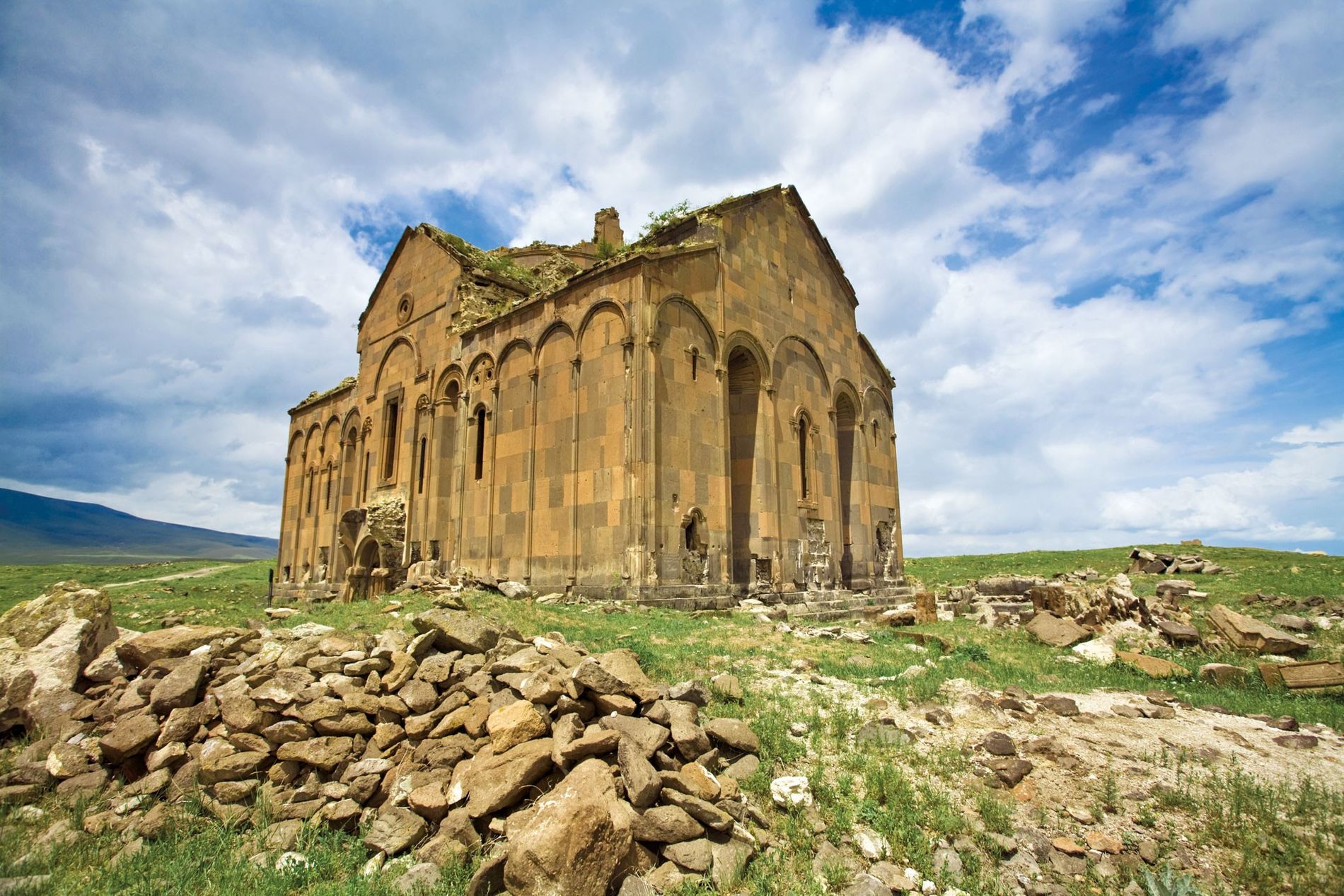 It was heavily damaged in the sudden earthquake in 1319, and then it was captured and destroyed by Timur. Despite this, it is understood that a population lived in the city until it was completely abandoned in the 1535 Ottoman-Iran war.

The region, which the Russians captured during the 1877-78 Ottoman-Russian War, was taken back by the Ottomans after the First World War. However, the Ani plateau later passed into the hands of the newly established Republic of Armenia. In 1920, Ani had last changed hands once again during the War of Independence and was included in Turkey's Republic.

Even though Ani Cathedral's ceiling, made with red stones, collapsed in an earthquake in 1319 and another corner was destroyed in a later earthquake, it still remains monumental today. 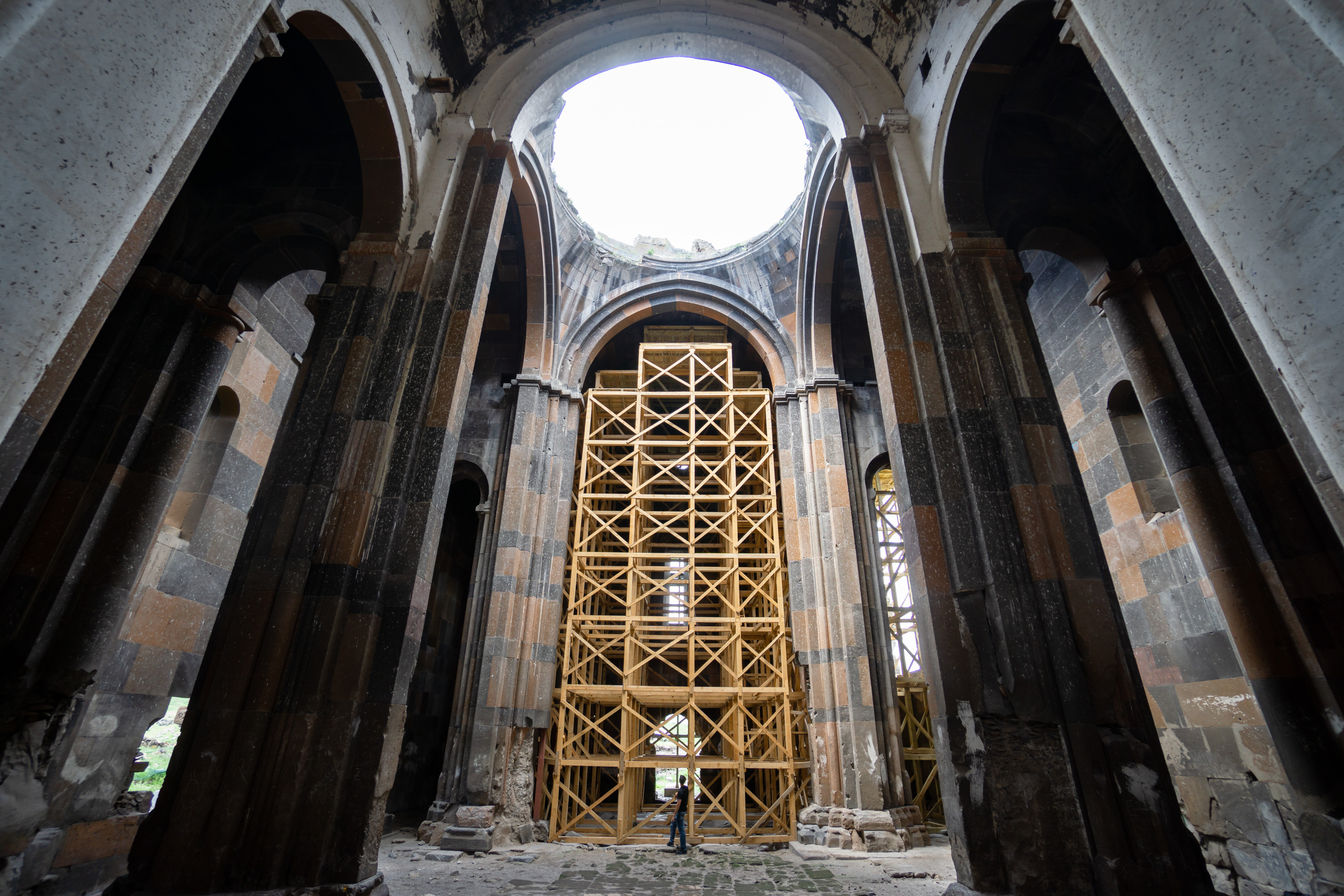 Completed in 1001 during the reign of the Armenian King Gagik I, the church witnessed the period when Ani was at its peak in population and wealth. Trdat, the Armenian architect of this church, later repaired Hagia Sophia's dome during the Byzantine period.

Another church in the region is considered an indicator of the Armenian Bagratuni dynasty's artistic prowess. The ruins of the church, which was once an architectural wonder with its 19 arches and domes and made of local red-brown volcanic basalt stone, stand today with the pier's help. This church is also said to contain a small part of the cross on which Jesus was crucified.

In the late 10th century, Saint Gregor Church is still magnificent with its 12-sided chapel and dome. The mausoleum, which was found in the church in the early 1900s, belongs to Prince Grigor Pahlavuni, one of the Bagratuni Armenians. But like other things in Ani, this tomb was looted in the 1990s.

Opposite this church is caves carved into the rocks. Some historians say that these predate Ani. Traces indicate that these caves were used as tombs and churches during the Ani period, and people were still living in these caves in the early 20th century. 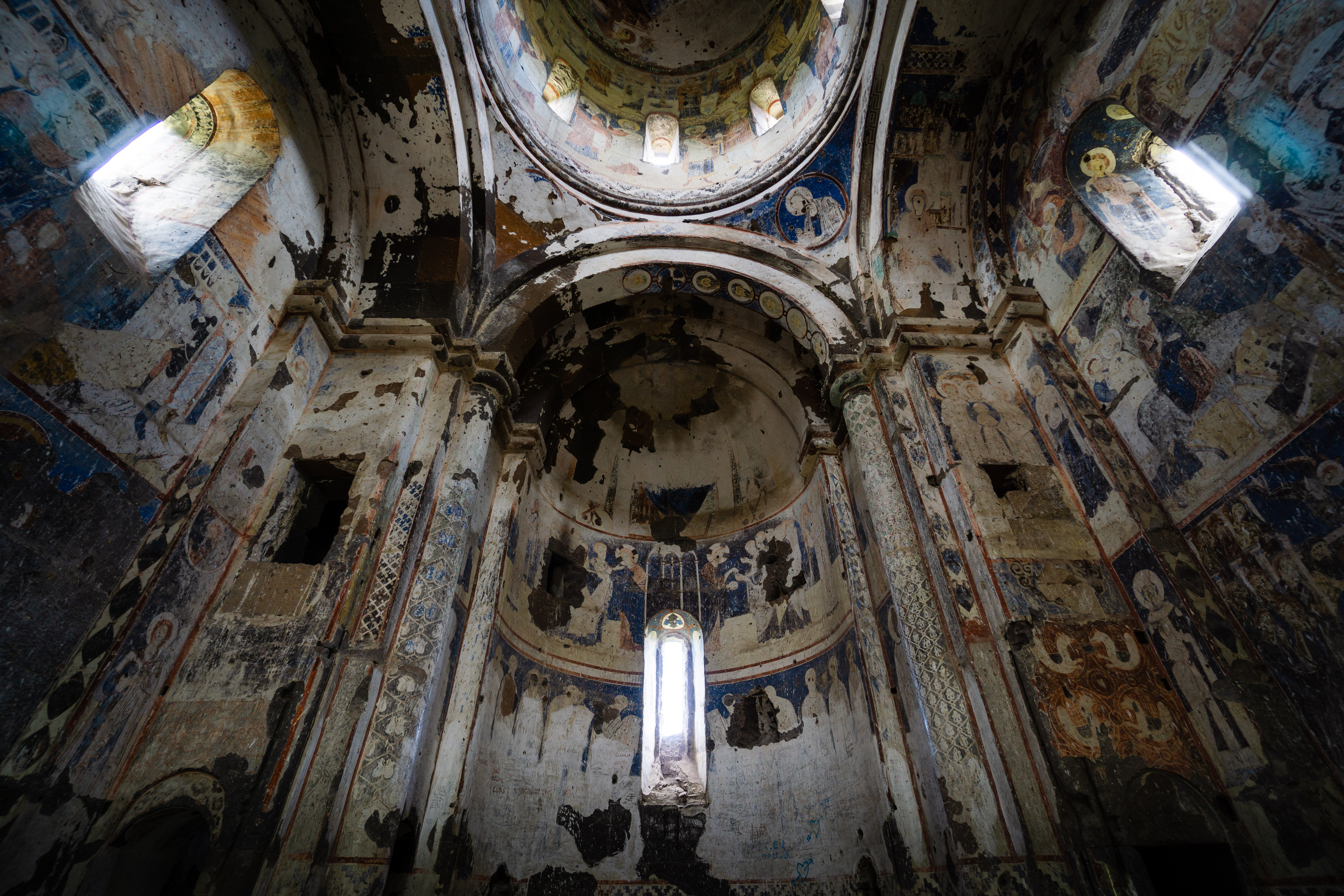 Another church here is Surp Kirkor Church. Built-in 1215, the interior of the church is decorated with frescoes of Jesus and the Enlightening Grigor. Experts point out that detailed frescoes were not encountered in Armenian art of the period, so the frescoes in the church were probably made by Georgian painters. 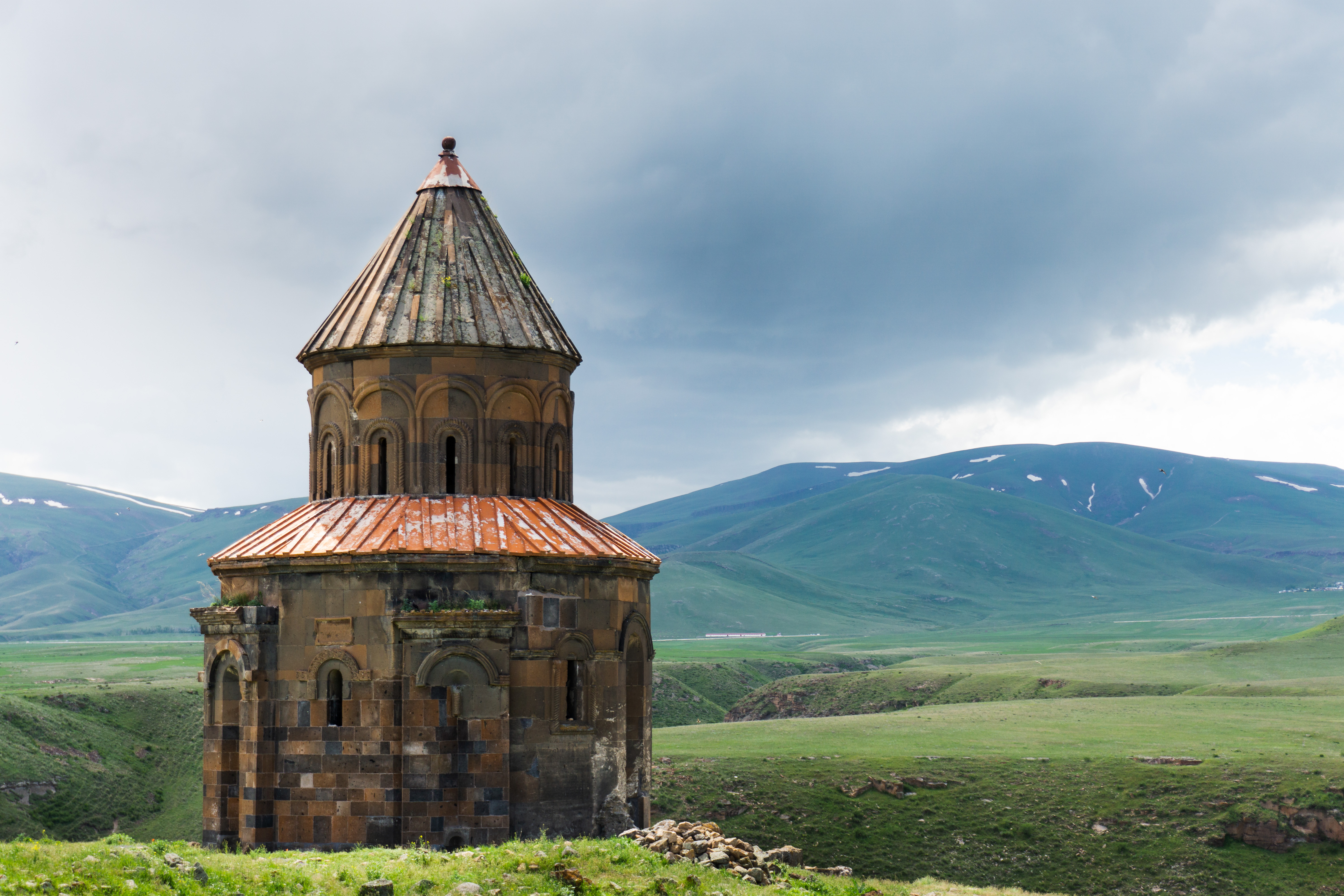 The Seljuk Empire, which brought the Byzantines out of Anatolia, took control of the region since the mid-1000s. However, in 1072, he handed over the administration of Ani to the Muslim Shaddadi dynasty of Kurdish origin.

During this period, Ebul Manucehr Mosque was built on the edge of the cliff. It is estimated that the minaret standing today belongs to the original mosque built at the end of the 1000s, and the main building is the addition made in the 12th or 13th century.

The main function of the Manucehr mosque is still a matter of debate. One view believes that this building was built as a palace for the Armenian Bagratuni dynasty, then turned into a mosque. Another view says that it was established as a mosque from the beginning, and it is the first Turkish mosque in Anatolia.

Would you like us to tailor you a private itinerary including the Archaeological Site of Ani in Kars*?* Benefit from our expertise. We offer tailor-made tours to Turkey for all interests and desires, from romantic honeymoons and scenic self-drive road trips to photo tours with experienced photographers and cultural tours in major destinations. We arrange everything for your Turkey Tours, including hotel bookings, airport transfers, guided tours, and top-notch experiences. We want you to have a great time in Turkey and make sure your trip is a memorable one as we have escorted so many tours in Turkey personally. Imagine dealing with only one person for all your travel details, receiving customized itineraries and recommendations which will suit exactly your travel interests. Contact Turkey Tour Organizer to get a personalized day by day itinerary for your trip to Turkey.