The ancient city of Dara, located on the southern slope of the Tur Abdin Mountains of Mardin, was established as a garrison city in order to protect the borders of the Eastern Roman Empire from the Sassanids. Dara, which has become the administrative and military base of Upper Mesopotamia, is known as Ephesus of Mesopotamia. Witnessing the war between the Persian Emperor Darius and Alexander the Great, the city reveals the thousands of years of history of the region.

One thing is for sure, there is no place as beautiful and safe as this city. Because the city, surrounded by strong rocks, was easy to defend. The products obtained from the fertile lands fed by the rivers were stored in the city.

When the Persians took Nusaybin in 363, this place became the border of the Roman Empire. The city was fortified as a forward border gate by Emperor Anastasius in the 5th century, and this became the administrative and military center of the Northern Mesopotamia Region. 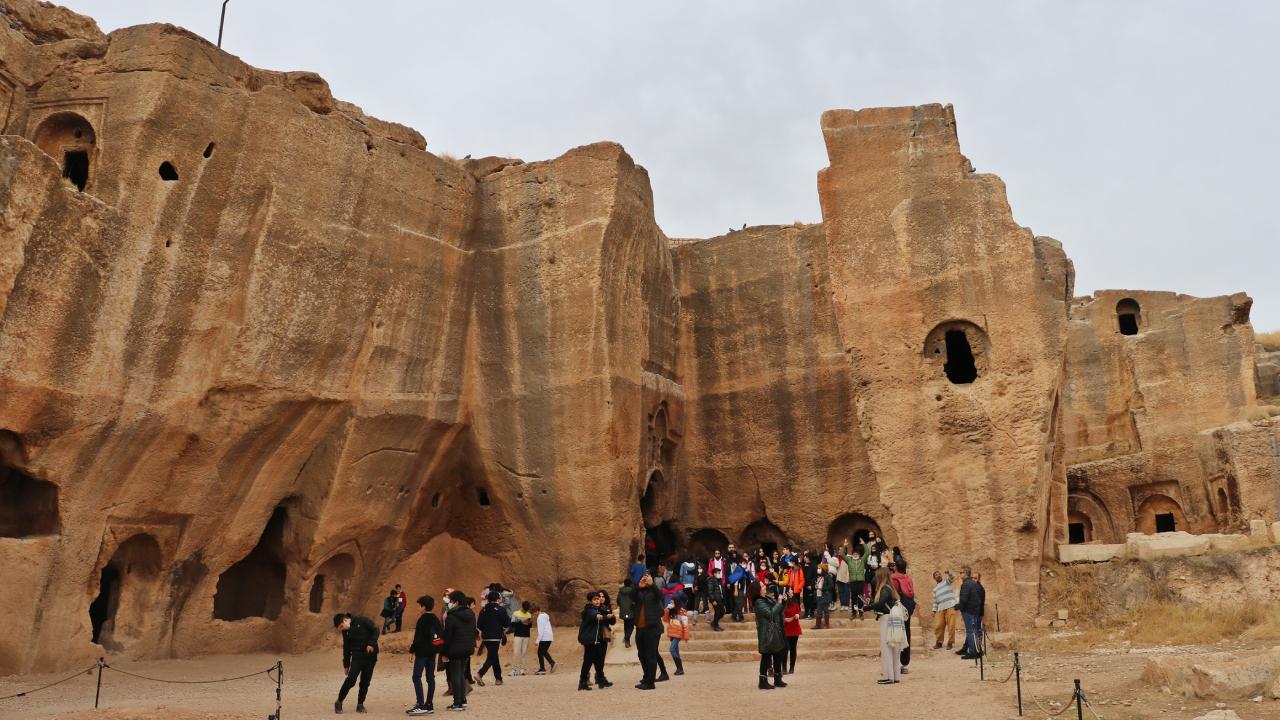 Today, only 10% of the ancient city is on the surface and 90% is still underground. Still, remains of castles, bridges, water channels, water cisterns, churches, arastas, palaces, bazaars, dungeons, armory, rock tombs and civil settlements can be seen. In addition, cave houses dating back to the Late Roman period can be found around the village. 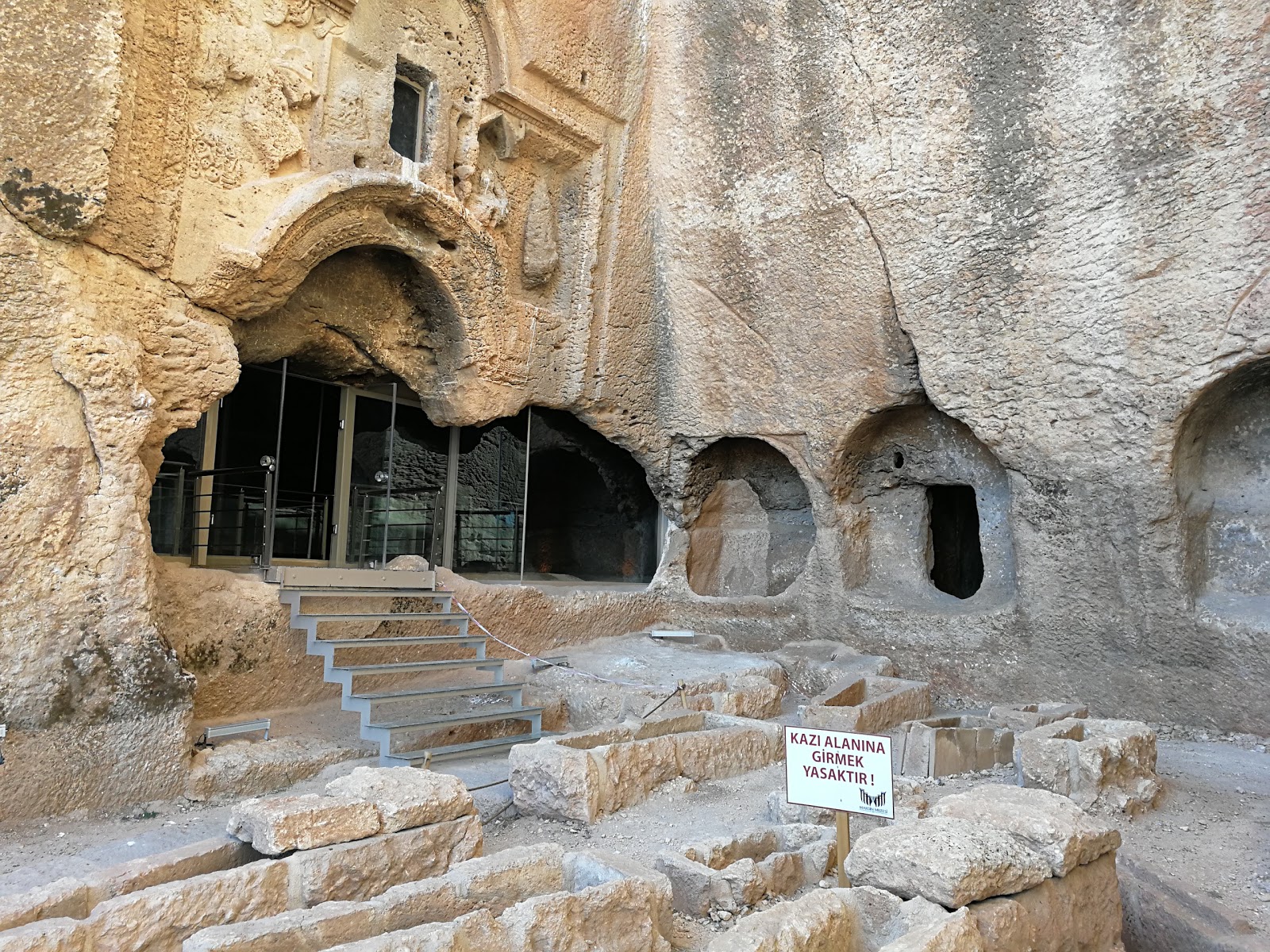 The most impressive place of the ancient city of Dara is the cemetery area carved into the natural rock mass. In this area, there are 3 types of tombs: rock tombs, sarcophagus type tombs and simple cist tombs.

In Pagan and Mithraic cultures, it is believed that the god Mitra was born from the rock. For this reason, the dead are buried in the rocks with the belief of rebirth.

In the ancient city of Dara, there is a large burial ground carved into the bedrock. It was built by the Eastern Romans, who returned from exile in 591, in honor of their people who were killed by the Sassanids after the invasion of 577.

There are many Muslim cemeteries around a tomb and the graves of those who escaped from the Russian-Chechen War of 1870 and settled in the ancient city of Dara and then lost their lives due to an epidemic.

Would you like us to tailor you a private itinerary including Dara Ancient City? Benefit from our expertise. We offer tailor-made tours to Turkey for all interests and desires, from romantic honeymoons and scenic self-drive road trips to photo tours with experienced photographers and cultural tours in major destinations. We arrange everything for your Turkey Tours, including hotel bookings, airport transfers, guided tours, and top-notch experiences. We want you to have a great time in Turkey and make sure your trip is a memorable one as we have escorted so many tours in Turkey personally. Imagine dealing with only one person for all your travel details, receiving customized itineraries and recommendations which will suit exactly your travel interests. Contact Turkey Tour Organizer to get a personalized day-by-day itinerary for your trip to Turkey.