The Galata Tower, which the Byzantine Emperor Anastasius built-in 528 as a Lighthouse Tower, was destroyed during the Crusades. When we consider the current state of the tower, we can accept the date of reconstruction by the Genoese as the name of Jesus Tower.

How to get to Galata Tower?

To describe it most easily, you can come to Taksim Square, one of Istanbul's famous squares, and walk from Istiklal Street to Karaköy and reach Galata Tower.

The Galata Tower, one of the oldest towers globally, has a height of 69.90 meters from the ground to the tip of its roof.

There are 2 elevators in the 9-floor Galata Tower. While climbing to the top of the tower, the first 7 floors are reached by elevator, and the next 2 floors are continued through the stairs. You can use the stairs completely while going down from the tower.

The tower's weight, which has a thick body made of untreated rubble stone, is approximately 10,000 tons! 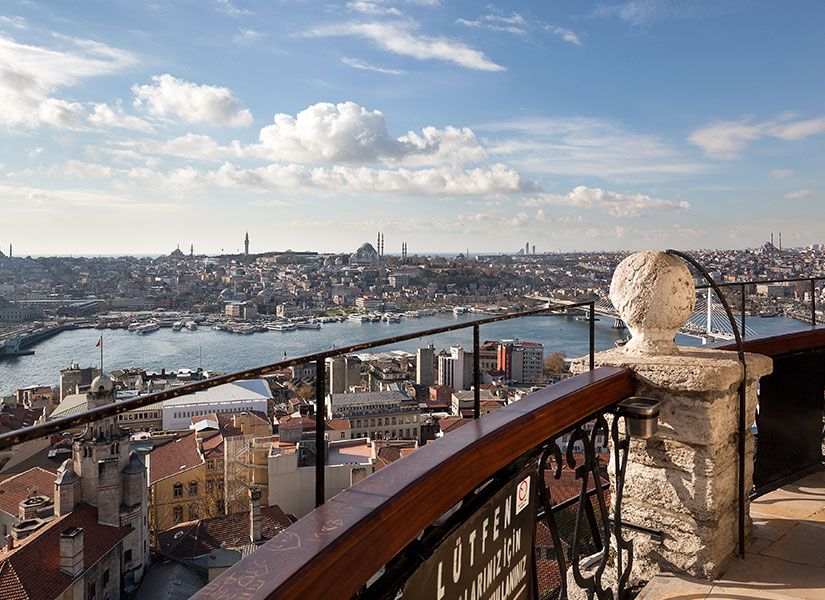 What is the History of Galata Tower?

Galata Tower, which has a very characteristic role in Istanbul's famous skyline, has been renovated many times until it becomes today. The tower was first built in 528 and was used as the Lighthouse Tower. However, the tower built in those years was thoroughly destroyed during the Crusades. Later, years passed, and the Genoese built a new tower here in 1348 with piled stones, calling it the Tower of Christ. For this reason, the age of Galata Tower is calculated considering this date.

Galata Tower continued to be renovated and upgraded every year by the Turks after the Ottoman Empire conquered Istanbul in the 15th century. Therefore, the part up to the 3rd floor of the building has Genoese architecture, while the other floors that rise show an Ottoman character. In the 16th century, even an observatory was established with Murat III's permission in the Galata Tower, which was a shelter for the Christian prisoners working in the Kasımpaşa shipyard. However, this establishment was closed in 1579. According to Evliya Çelebi's travel book, Hezarfen Ahmet Çelebi's famous historical moment, his flight from Galata Tower to Üsküdar took place in 1638. Galata Tower, which was used as a fire watchtower for a period, needed a major repair once again due to fire damage and its cone knocked down during a storm in 1875, beyond various periodic restorations. After the last works between 1965 and 1967, the tower took its current form. 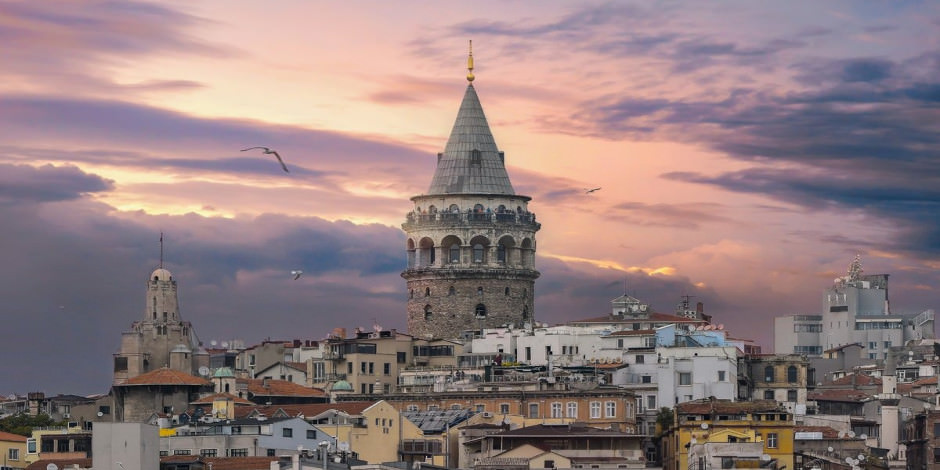 Looking at the old Galata Tower photographs taken in the period from the 16th century to 1875, it is seen that the tower has a characteristic pointed cone. However, after a storm that took place that year blew the tower's cone and toppled it, Galata Tower experienced its conical period for a while. In fact, the project that Architect Aram Tahtaciyan presented for the renovation of Galata Tower during the cone-free period brought many discussions. Because the project was based on the use of this area as a theater, restaurant, and ballroom by placing an extension made of steel construction instead of that characteristic cone. Had this project been implemented, perhaps the impressive spirit of Galata Tower today would leave its place to a completely different atmosphere like its pointed cone.

With the Touristic Arrangement project of Galata Tower, Architect Köksal Anadol restored the Galata Tower to its current form and returned its pointed cone to the tower. It is said that the architect, who cared about the progress of the tower during the restoration following the shape of the era of Mahmud II, used a photograph taken by the famous photographer James Robertson around 1850 and a photograph taken by the French photographer Ernest de Caranza in 1852 to convince those of his time that the tower was a pointed cone. The elevator serving inside the tower is also placed in this period.

Galata Tower and the Story of Hezarfen Ahmet Çelebi

The flight of Hezarfen Ahmet Çelebi from the Galata Tower is a great event. Ahmet Çelebi, who put this idea on his mind at the beginning of the 17th century, made his first drills in Okmeydanı by watching the wind. Later, in 1638, by wearing wooden wings on his arms, he let himself into the wind of south and descended to Doğancılar in Üsküdar by gliding for 6 km from the Galata Tower. This flight has been met with interest in Europe and England. Hezarfen Ahmet Çelebi has thus become one of the most important names in Turkish aviation history.

The oldest Galata Tower legend goes back to the Romans. According to the Romans' belief, if a man and a woman go to the Galata Tower together for the first time, they will definitely get married. However, if one of the couples has been to the tower before, the matter's magic is lost. It's a beautiful legend. If you still haven't had this romantic experience with your lover, take it away and take it to Galata Tower! Just be sure to watch the view of Istanbul from the top of the tower.

Would you like us to tailor you a private itinerary, including Galata Tower? Benefit from our expertise. We offer tailor-made tours to Turkey for all interests and desires, from romantic honeymoons and scenic self-drive road trips to photo tours with experienced photographers and cultural tours in major destinations. We arrange everything for your Turkey Tours, including hotel bookings, airport transfers, guided tours, and top-notch experiences. We want you to have a great time in Turkey and make sure your trip is a memorable one as we have escorted so many tours in Turkey personally. Imagine dealing with only one person for all your travel details, receiving customized itineraries and recommendations which will suit exactly your travel interests. Contact Turkey Tour Organizer to get a personalized day by day itinerary for your trip to Turkey.