Although the Ancient Roman Hippodrome in Istanbul was originally built in the 2nd century AD, the magnificent Hippodrome, whose remains are found in Sultanahmet Square (Horse Square) today, was constructed by Constantine the Great in the 4th century. There was a cost to transform Byzantion into New Rome, and one of those costs was the Hippodrome! And if New Rome was to become the capital city of Constantinople, it should have been the city's most spectacular work.

Emperor Septimus Severus had conquered Byzantion. However, this has not been so easy. During the war, Severus had destroyed Istanbul. For this reason, he had to both repair the city and make the people of Byzantium happy. While rebuilding Nova Roma, Italy built an arena similar to the Circus Maximus Hippodrome in Rome

Gladiator games and wars of wild animals were entertainment in Rome, which still believed in paganism. For this reason, deep and wide ditches were dug between the tribune and the arena so that the animals could not attack the audience. Although we do not know its opening date, we know that it was established between the end of the 2nd century and the beginning of the 3rd century. However, the person who built the hippodrome was Emperor Constantine the Great. By expanding the structure, he brought magnificent works from all over his empire. 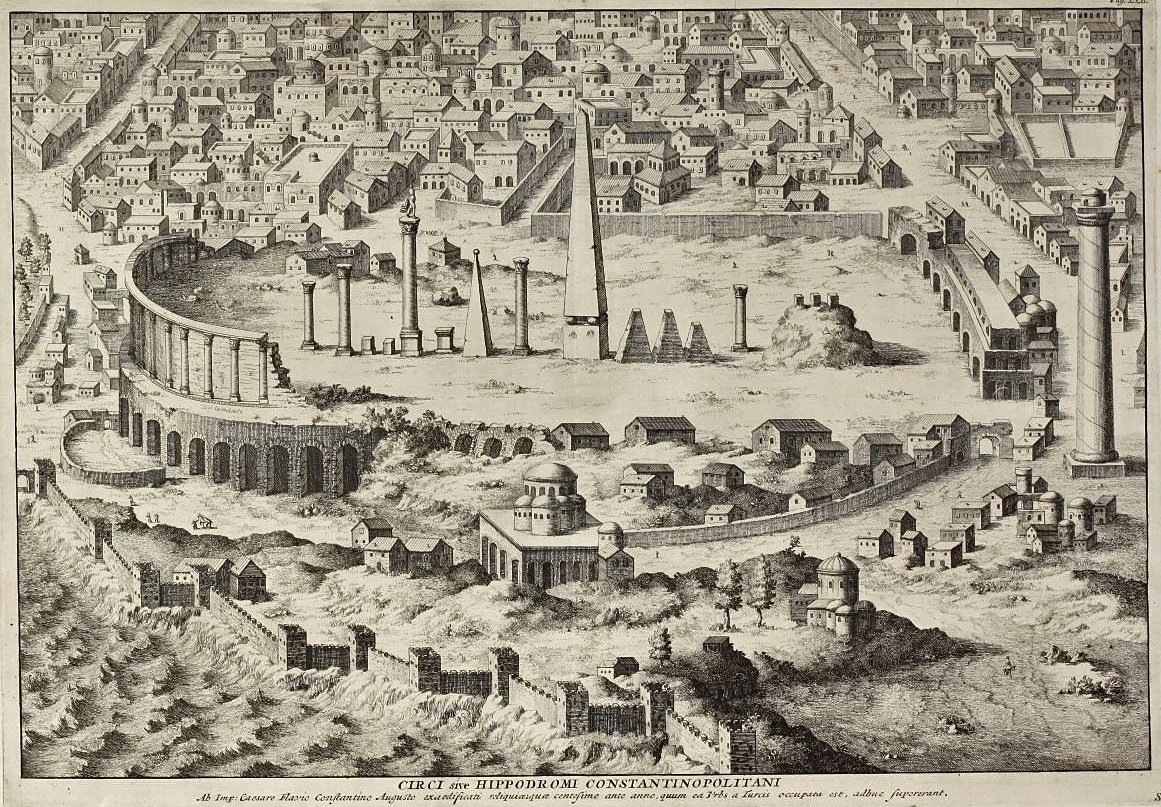 Hippodrome means horse road in Latin. Constantine rebuilt the hippodrome; It was horseshoe-shaped, 480 meters long, 117 wide, and 100,000 persons. According to some sources, it was 370m to 120m in size and 40,000 people. In those years, the population of Istanbul was 400,000. There was also a transition between the Hippodrome and the Great Palace.

The imperial lodge coincided with the side of the Blue Mosque today. Above the lodge, there was a 4-horse statue made of bronze by Lysippos, taken to Saint Marcus Square in Venice during the Latin invasion.

With Christianity, bloody fights had come to an end. Instead, only horse races were held. The contestants made 7 laps around the Spina Wall in the middle of the arena, and the winning driver came to the front of the imperial lodge and greeted the emperor.

It is known that the races last about 60 days a year. The number of games played during the day could reach 20. Of course, when time passed, and Constantinople lost its former power, this area would turn into a place where only special occasions were celebrated. 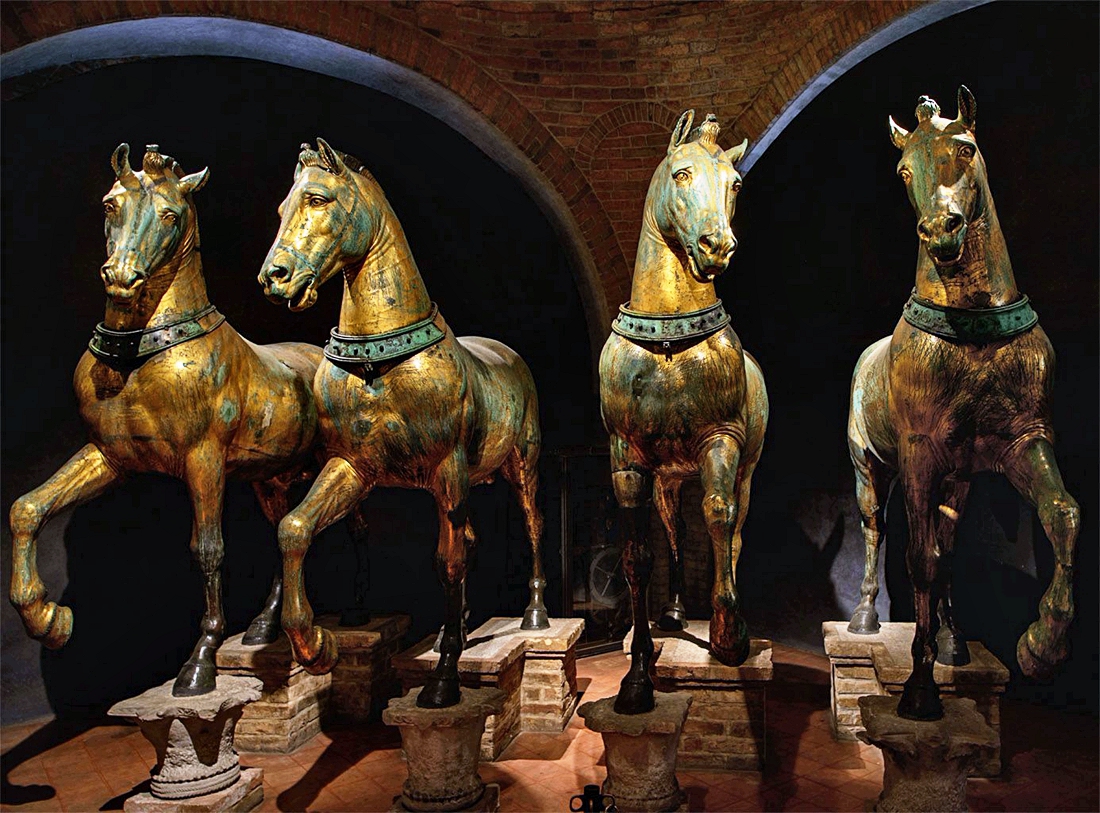 Above the spine wall, that is, the hippodrome's spine, there is today the Obelisk, the Knitted Column, and the Serpent Column. Among these works, the Obelisk was brought from Egypt, and the Serpent Column was brought from the Apollo temple in Delphi. In fact, there were many more works here: works of pagan and Christian beliefs, statues of legendary racers, monuments of emperors, etc.

The hippodrome was actually decorated with bronze, bronze, and copper statues brought from many places such as Rome, Greece, the Aegean Islands, Egypt, but almost all of the works were destroyed during the 57-year Latin occupation. Artifacts were either sold, sent elsewhere, or melted down and used for other purposes.

The Nika rebellion is one of the bloodiest in the history of Istanbul. As a result of the uprising in 532, 30,000 to 40,000 people were slaughtered at the hippodrome.

When Istanbul was conquered by the Turks, the hippodrome was no longer standing. Even until Fatih Sultan Mehmet Han built the Topkapı Palace in this area, it was an extremely irregular place. According to the rumors, homeless people lived in this area. The arena is invisible from the grass on it and only the ruins are striking the eye.

Would you like us to tailor you a private itinerary, including the Hippodrome of Constantinople? Benefit from our expertise. We offer tailor-made tours to Turkey for all interests and desires, from romantic honeymoons and scenic self-drive road trips to photo tours with experienced photographers and cultural tours in major destinations. We arrange everything for your Turkey Tours, including hotel bookings, airport transfers, guided tours, and top-notch experiences. We want you to have a great time in Turkey and make sure your trip is a memorable one as we have escorted so many tours in Turkey personally. Imagine dealing with only one person for all your travel details, receiving customized itineraries and recommendations which will suit exactly your travel interests. Contact Turkey Tour Organizer to get a personalized day by day itinerary for your trip to Turkey