Although the mosque, which is located between the shops in Tahtakale, has a plain appearance from the outside, it gives its visitors an atmosphere of a tile museum when entered. The grand vizier Rustem Pasha, the wife of Mihrimah Sultan, the daughter of Suleiman the Magnificent, built this beautiful building.

Rustem Pasha Mosque, which is famous for its tiles, has the most advanced and beautiful Iznik tiles of the period. Starting from the portico where the main entrance of the mosque is located, it has tile decorations throughout. The color and pattern density in tiles is unlike any other mosque. All of the walls, side sections, large pillars, arches, dome transitions and mihrab are completely covered with tile decorations.

There are 66 different tulips and 45 different carnation motifs in the tile decorations inside the mosque. On the left side of the main entrance door on the courtyard side, there is a tile panel reminiscent of the garden of paradise. There is a spring tree decoration on this panel, enriched with tulips, hyacinths, pomegranate flowers, bunches and other flowers used in tile decorations around two large tree trunks.

On the right side of the main entrance door, there is a Kaaba tile, which seems to have been added after the construction of the mosque, within the plant motif composition on the tile tiles. The Kaaba tiles, which are understood to have been built in 1651 from the inscription on it, include the structures in the Masjid al-Haram. 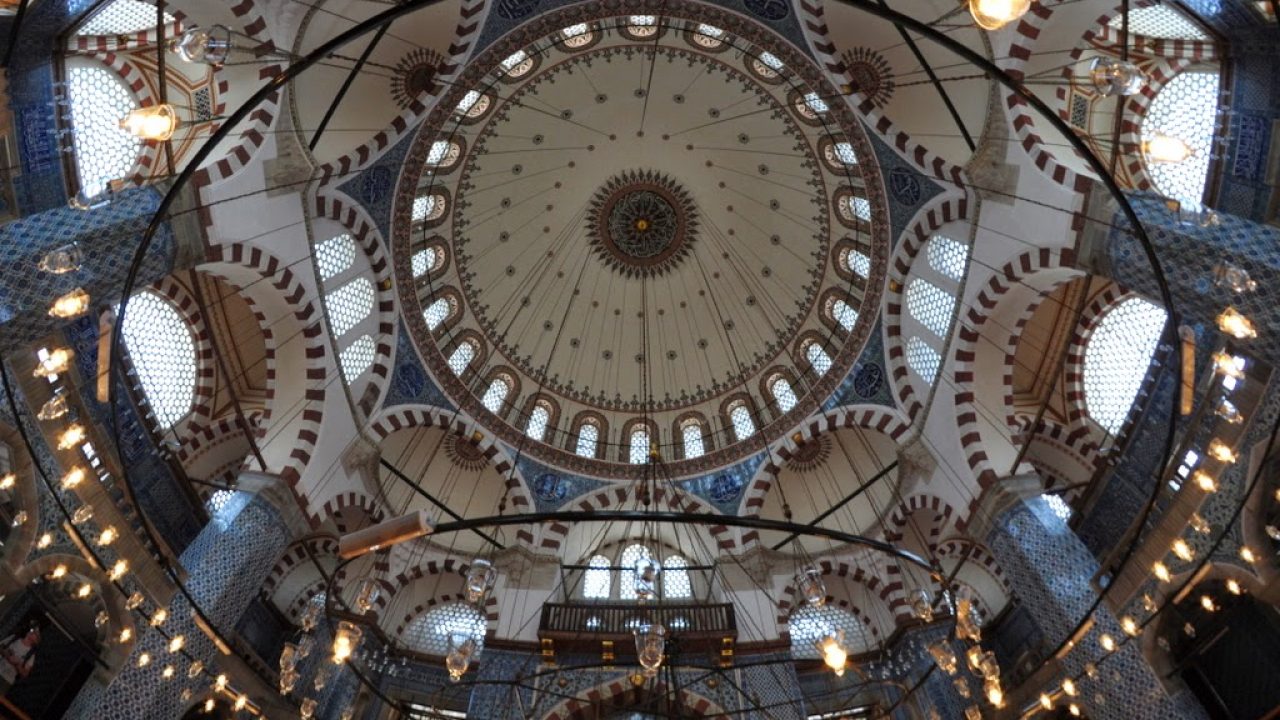 The most striking tile decorations in the mosque are in the mihrab section. On the panels inside the mihrab, there are 6 vases with double handles and legs, and floral motifs on the vases.

In the mosque, apart from the panels, there are motifs created by combining many tile tiles. These motifs create a harmony that caresses the human spirit.

Rustem Pasha, who is of Balkan origin, was brought up in Topkapı Palace. While he was a Beylerbeyi in Diyarbakır, he was married to Mihrimah Sultan and gained the honor of being a groom. When Prince Mustafa was killed, he was also dismissed, but later became the Grand Vizier again and died in 1561. The mosque was built during the second grand viziership of Rustem Pasha.

Although there is a small cemetery on the Hasırcılar Avenue side of the mosque, the tomb of Rustem Pasha is not in the mosque he had built, but in the Şehzade Mosque, which was built by Kanuni Sultan Suleyman for his prince Mehmet, who died at an early age.

The building is an example of the combination of a business center and a mosque built during the Ottoman period. The mosque, which was built on the ground floor, has a position that dominates the Golden Horn. There are warehouses and shops on the lower floor of the building, which is entered by climbing the stairs. Within the complex structure, apart from the bazaar, there are a fountain, a large and a small inn. 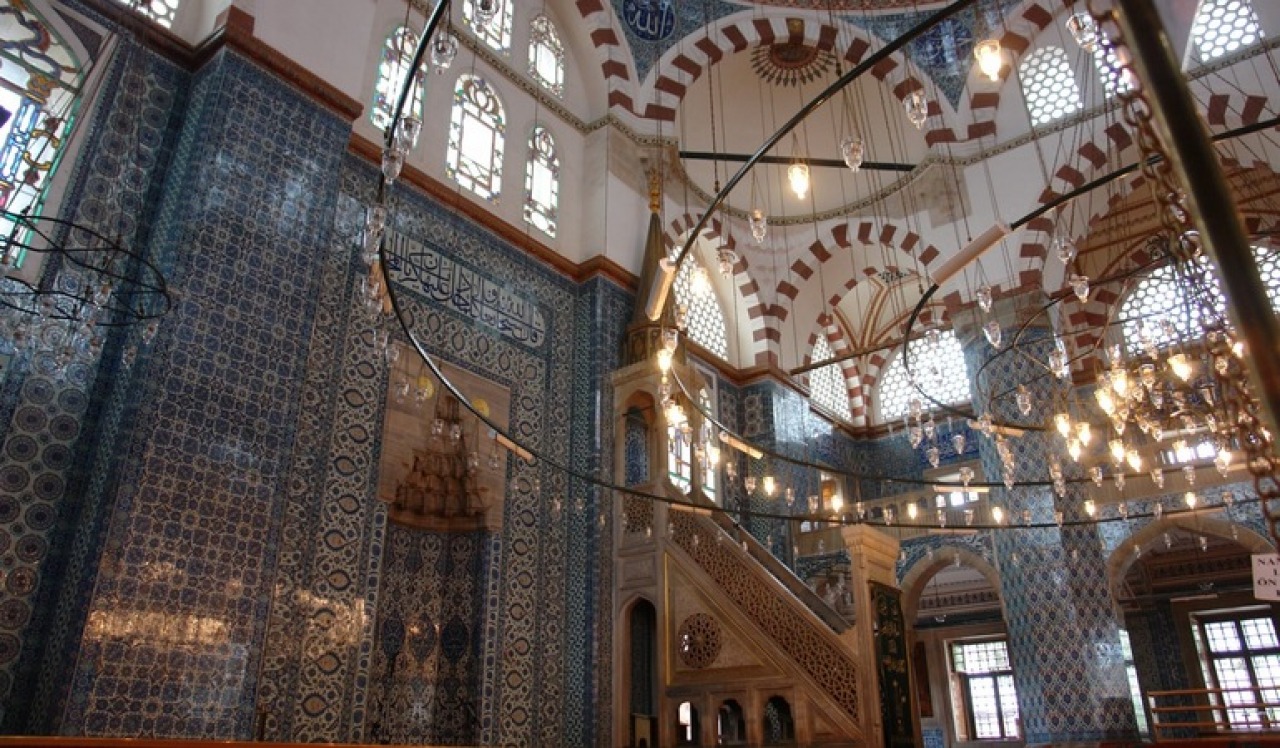 Mimar Sinan, who did not implement the plan he applied in one mosque in another mosque, used his eight-supported dome trial for the first time in this Rustem Pasha Mosque. A more advanced version of the Rustem Pasha Mosque plan was implemented in Edirne Selimiye Mosque.

The dome of the Rustem Paşa Mosque, which is approximately 16 meters in diameter, is supported by 8 large pillars. An octagonal area was created by connecting the big legs with arches.

The main entrance of the mosque is covered with a roof and surrounded by a five-domed portico, as in the Uskudar Mihrimah Sultan Mosque. The wooden decorations under the roof are quite beautiful.

Would you like us to tailor you a private itinerary including Rustem Pasha Mosque? Benefit from our expertise. We offer tailor-made tours to Turkey for all interests and desires, from romantic honeymoons and scenic self-drive road trips to photo tours with experienced photographers and cultural tours in major destinations. We arrange everything for your Turkey Tours, including hotel bookings, airport transfers, guided tours, and top-notch experiences. We want you to have a great time in Turkey and make sure your trip is a memorable one as we have escorted so many tours in Turkey personally. Imagine dealing with only one person for all your travel details, receiving customized itineraries and recommendations which will suit exactly your travel interests. Contact Turkey Tour Organizer to get a personalized day-by-day itinerary for your trip to Turkey.