Istanbul is one of the largest, most important, and most beautiful cities in the world. Spread over both sides of the Bosphorus, the magnificent hills constantly fascinate the residents and visitors of the city. Napoleon, one of the most important commanders and statesmen in the history of the world, said, "If the world were a single state, Istanbul would be the capital." This is indeed true. We need to look at history to understand the importance of Istanbul. 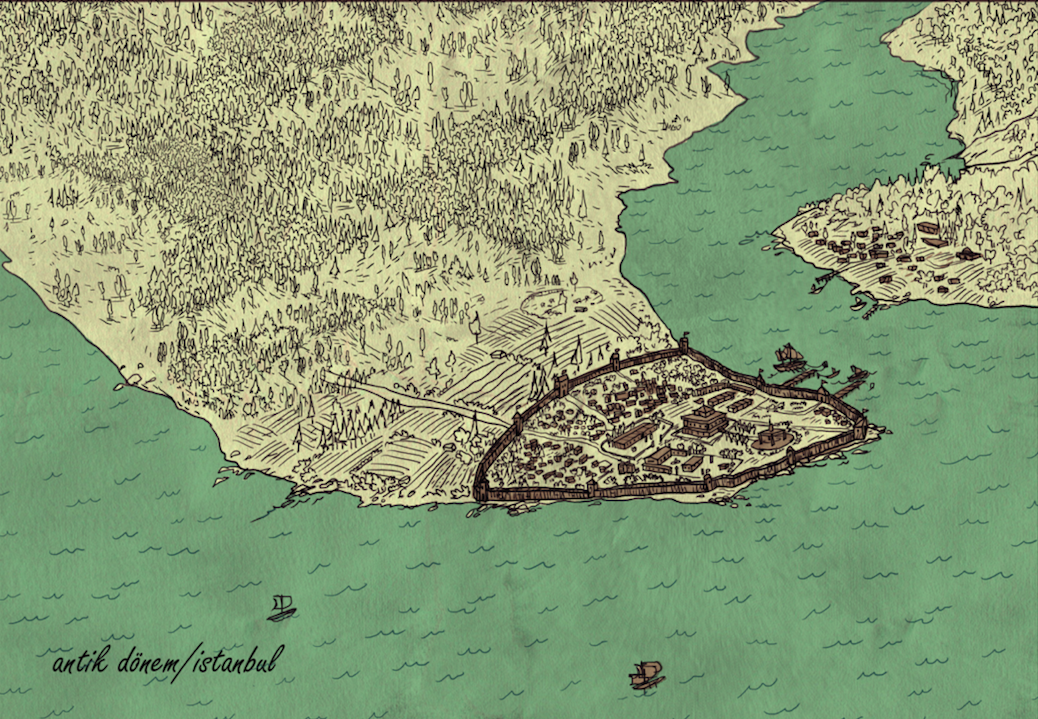 The history of Istanbul goes back thousands of years, but the first known settlement occurred in the 7th century BC. At that time, there was a city-state named Megara among the city-states in the Ancient Greek peninsula. These city-states are the most advanced states of that period economically and culturally. One of the most important reasons for their economic development is their colonization efforts. Byzas, the king of the city-state of Megara, went to Apollo's temple (god of wisdom in Greek mythology) in Delphi to find a new colony and consult where the best place to colonize. The esper tells him that he must go to the land opposite the land of the blind.

Byzas sets out to find this country. When he comes to today's historical peninsula (Sultanahmet area), he sees a settlement (Chalcedon) on the Anatolian side in the area where today's Kadıköy is located. While there is such a beautiful region, he is surprised that people set up a settlement on the opposite shore. He thinks that people living opposite are blind. He remembers what the esper said and establishes a colony in the region he is located. This colony takes its name from the king and becomes Byzantion / Byzantium. 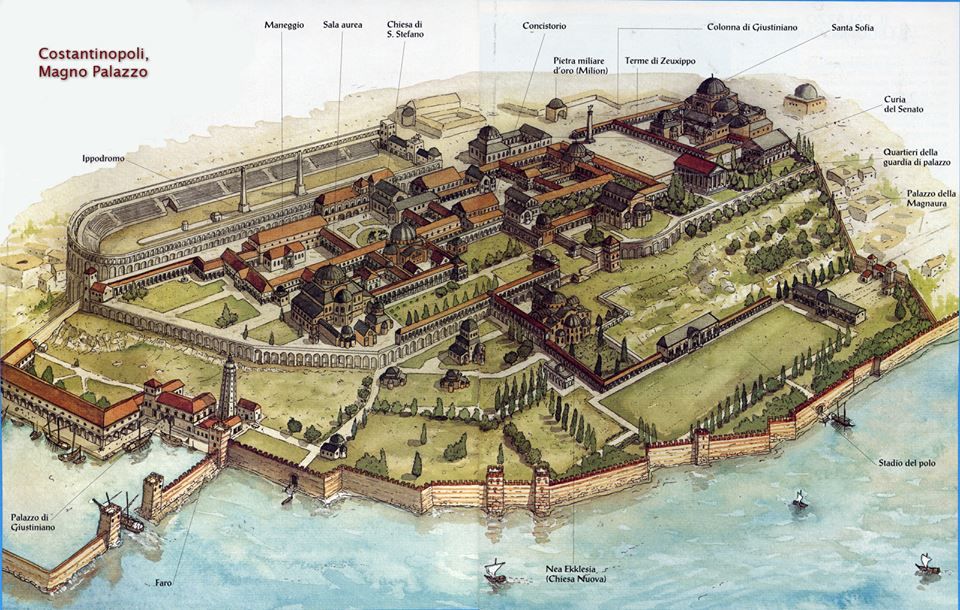 Byzantion remained an insignificant city until the 4th century AD. Byzantion's destiny changed in 312 when Constantine became Emperor. Constantine's mother, Helena, is a good Christian. He constantly talks about Christianity to his son and prays for him. Before his last battle during the throne fights, Constantine began to lean towards Christianity because of a vision. Afterward, he signs the Edict of Milan, which will give religious freedom to Christians. With this edict, the persecution of Christians for 300 years ends, and this is one of Constantine's greatest achievements.

Konstantin has another big project. This project is to move the capital of the empire to another location. This is because Rome is vulnerable to barbarian raids from the north. In this direction, he thinks of Nicomedia, today's Izmit region, Troy, and Byzantion, today's Istanbul. Konstantin decides on Byzantion. One of the biggest reasons for his decision on Byzantion is Byzantion's location. Being a peninsula due to the Marmara Sea, the Bosphorus, and the Golden Horn, its seven hills like Rome, and its unique advantage in controlling trade routes are influential in Constantine's decision. Another motivation is that the city is open to growth, change, and development. Because instead of destroying Rome's pagan heritage, there is a chance to build a new capital directly as a Christian city.

Constantine moved the Roman Empire's capital to Byzantion in 330 and named the city Nova Roma, that is, New Rome. After the death of Constantine, the city takes the name Constantinople. Constantinople becomes the new capital of a new age. 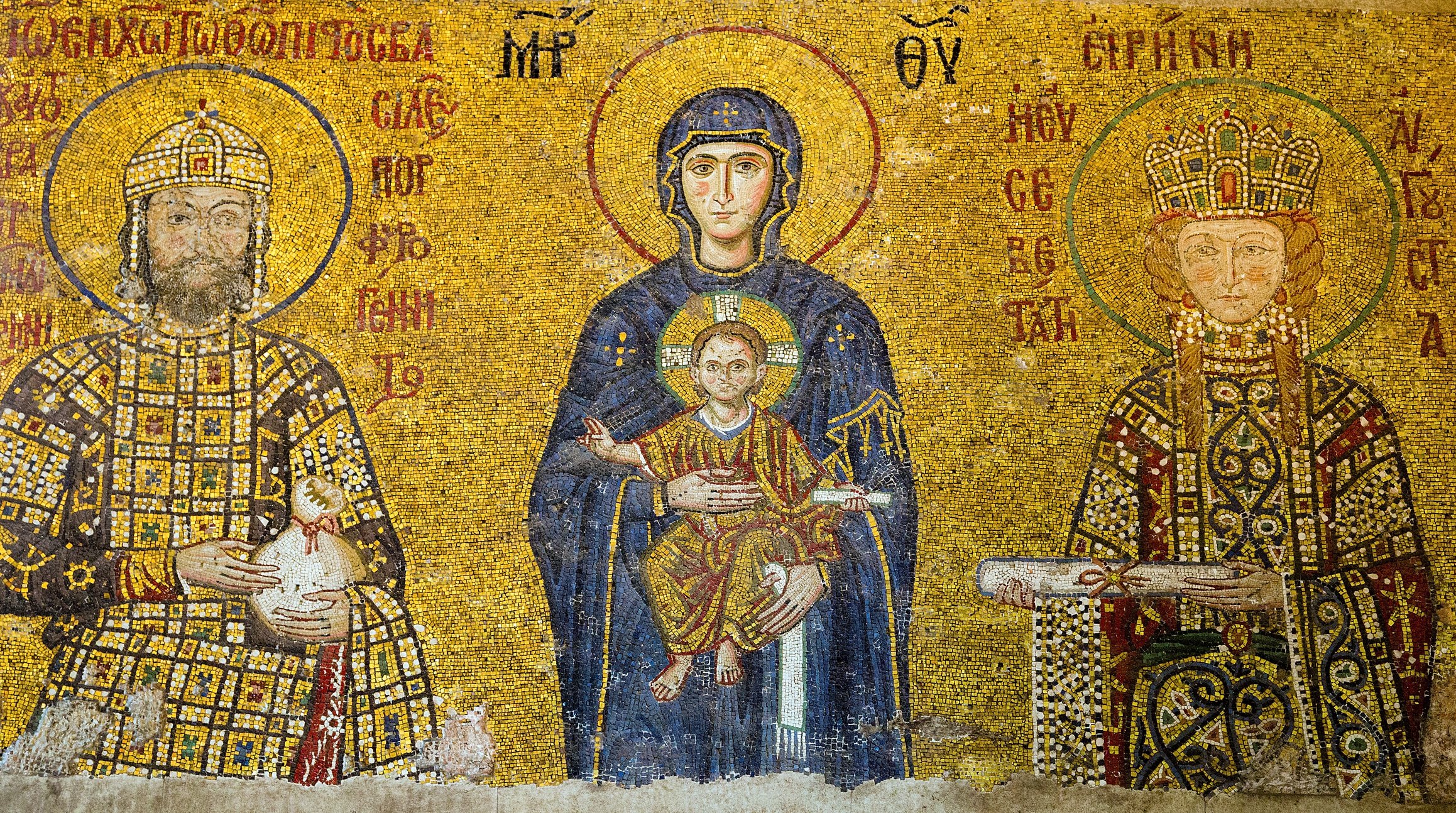 Istanbul represents a new era at the end of the dark period that lasted for 300 years, and Christians were constantly persecuted. Starting with Constantine and being the capital of the Roman Empire under the rule of the Christian Roman Emperors, Istanbul became one of the most important cities in Christianity's history. It was organized in the councils (Iznik Council, Chalcedon (Kadıköy) Council, and Constantinople Council), which are accepted as common by all Christians today when Istanbul was the head of Istanbul.

During the reign of Emperor Theodosius, Christianity became the Roman Empire's official religion with the Thessaloniki Edict. The capital city of Constantinople has gradually turned into a Christian center. 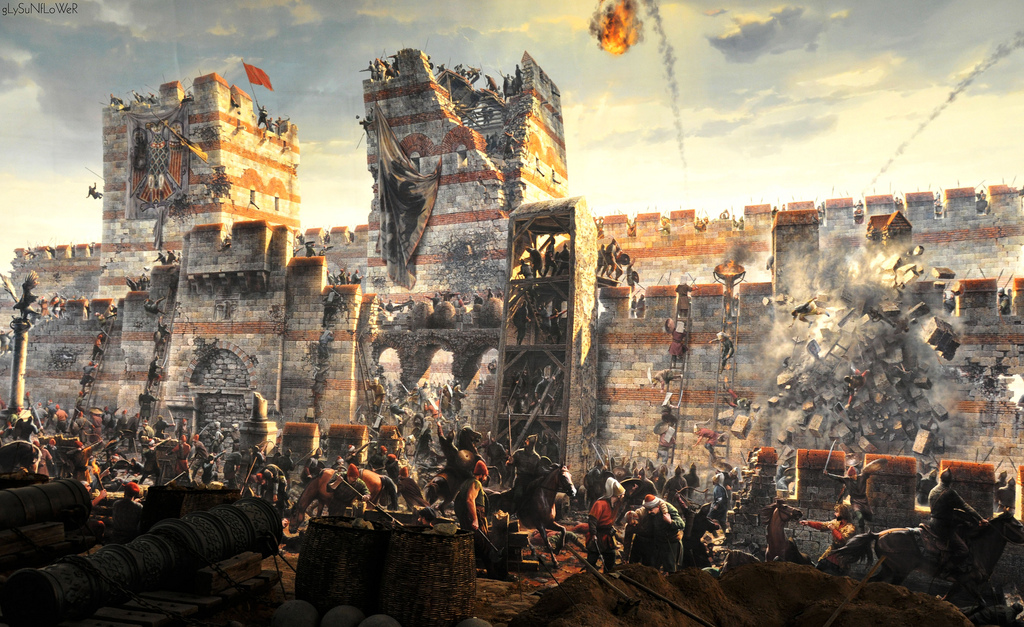 Istanbul was conquered by the Ottoman Army on May 29, 1453, under Fatih Sultan Mehmet's command. After the conquest, many churches such as Hagia Sophia were converted into mosques. Fatih Sultan Mehmet, who was fond of art during the transformation of churches into mosques, orders that the mosaics and other works of art not be destroyed and covered with plaster. Istanbul, now the capital of the Ottoman Empire, remains the capital until the Ottoman Empire's fall.

Many Ottoman artifacts can be seen in Istanbul. Among thousands of mosques, imperial buildings, barracks, schools, baths, there are magnificent works such as Blue Mosque (1616), Süleymaniye Mosque (1557), Topkapı Palace (1465), Rumeli Fortress (1452), Dolmabahçe Palace (1856). 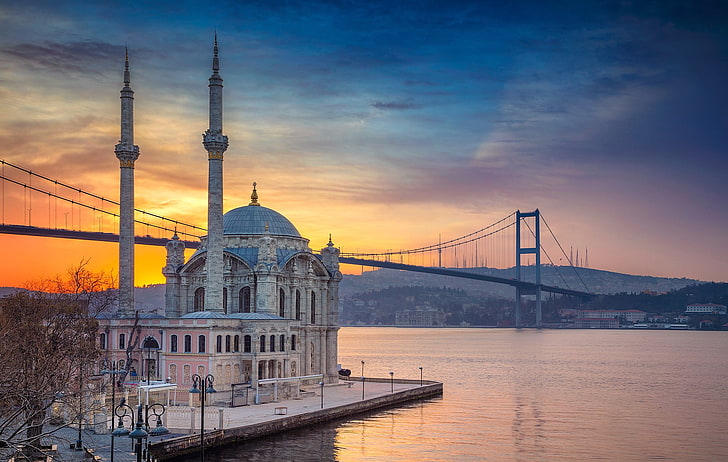 There is a misunderstanding in our country. There is a perception that the city's name was changed from Constantinople to Istanbul after the conquest in 1453, and this is absolutely false information.

After the conquest of Istanbul, the city continued to be called Constantinople or Constantinople for centuries. The city continued to be called Konstantiniyye until the Republic period. We can see this in many Ottoman sources. The common name of the city, Konstantiniyye, means "city of Constantine." The word Istanbul also comes from Greek. Istanbul, a combined form of the words Stan Polis, actually means "I'm going to the city."

The Republic of Turkey turned to Istanbul in 1929 as the official name of Constantinople.

Would you like us to tailor you a private itinerary, including Istanbul city? Benefit from our expertise. We offer tailor-made tours to Turkey for all interests and desires, from romantic honeymoons and scenic self-drive road trips to photo tours with experienced photographers and cultural tours in major destinations. We arrange everything for your Turkey Tours, including hotel bookings, airport transfers, guided tours, and top-notch experiences. We want you to have a great time in Turkey and make sure your trip is a memorable one as we have escorted so many tours in Turkey personally. Imagine dealing with only one person for all your travel details, receiving customized itineraries and recommendations which will suit exactly your travel interests. Contact Turkey Tour Organizer to get a personalized day by day itinerary for your trip to Turkey.